A month ago, I learned how to surf. It’s crazy how movies make it look so easy but when you’re there, you begin to see how much of a struggle it is to push yourself up, stand on a board, and ride a wave. You get wipeouts here and there. Some are scar-free, some are not. Most of the time the salt water enters your nose and it hurts so bad you begin to tear up a little, but that’s not enough to make you want to give up on surfing. When you’re not lucky the surf board hits some parts of your body and it leaves bruises and the injury depends on the impact. Nonetheless, if you fall in love with the sport, no amount of scar, bruise, or wipe out will ever be enough to make you quit.

At least that stands true for me.

The first time I surfed was a series of wipeouts. I didn’t get to stand up on the board. I was given a long ride but I was kneeling the whole time. How pathetic is that? I hated myself for not being able to stand up but then again, why should I be hard on myself? I’m sure a lot of professional surfers these days went through the same thing. So.. there. I only had two photos: one before my wipeout, and the other with me kneeling.

Same goes with life. If we gave up on the first wipeout, how will we improve? These things are necessary. With every wipeout, it is important that you learn something because if you don’t, that’s when things become sad because you decided not to grow. To be a coward in a world filled with beauty is just… sad. Sometimes, you don’t get things on the second try either. The second time I surfed was a series of wipeouts again. I was able to ride some waves but the ratio between wipeouts and rides were.. 10:1. I was beginning to feel the frustration because my friends were having kickass photos taken while I was struggling to get up on the board. The more I mentally scolded myself for not being able to stand, the more wipeouts I received. This is why being relaxed is important. I applied this during our second trip to Zambales and guess what I got in return? 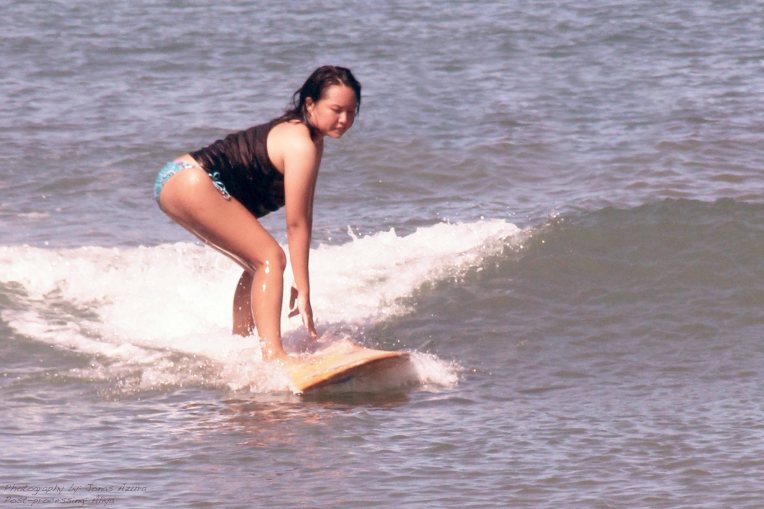 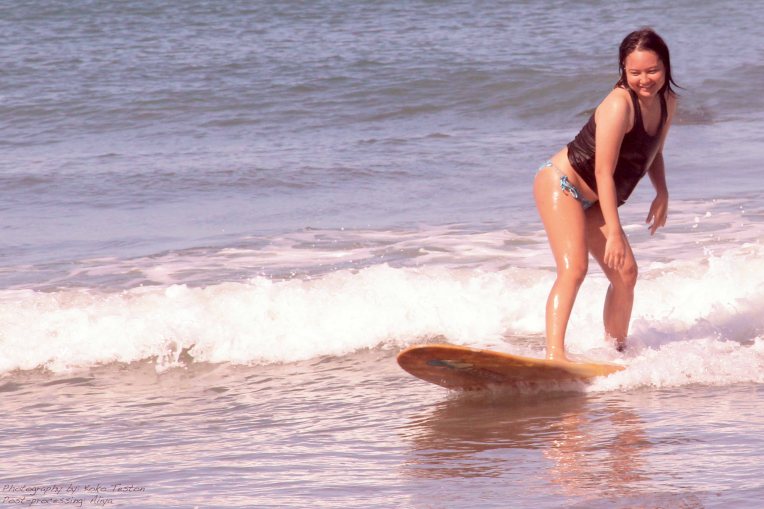 I can really say that I’m at peace when I’m surfing. I love how the long ride elates me and makes me feel alive. It’s a natural high. It’s true what they say about surfing: you only need yourself, a board, a wave, and you’re good to go. It doesn’t get any simpler than that. So bring on all the wipeouts, scars and bruises. For as long as there’s air in my lungs and water in the ocean, I’ll surf my heart out.