I have a love-hate relationship with the Facebook thumbs up/like/ultimate-end-to-the-conversation icon.

There. I said it.

I dunno. I hate it when I’m talking to someone and the next reply is a blue thumbs up. Like… there are thousands of stickers on Facebook, mostly free, and all you can do is give me a thumbs up? O_O

It’s even more annoying when they press on the icon for a few more seconds just to make it bigger. It’s like a capital k, font size 1000 and in bright blue. I actually don’t know what I hate more: the thumbs-up-zone, or the seenzone. 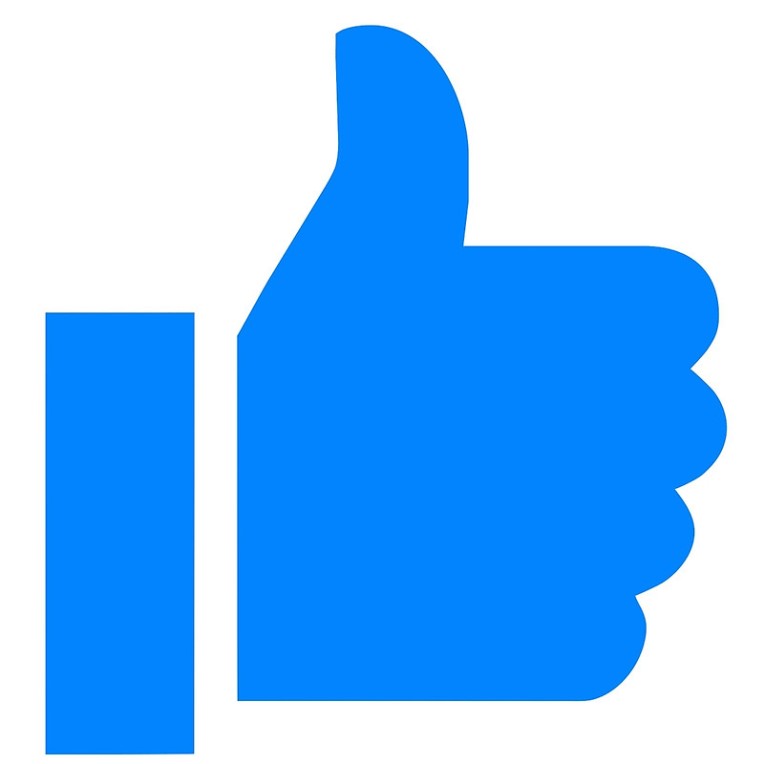 See? You had to scroll down for a bit just to reach this part. Different folks, different strokes, they say. But how is it that most of the people I know are avid users of this icon? It is so difficult to reply to a thumbs up, I swear. Like, if you want to keep the conversation going, you have to be uber creative and start a new topic or something.

Don’t get me wrong, there are days when I live for all the “likes” I receive, because I take them as affirmation for photos/thoughts/jokes/videos posted online. Put the thumbs up in a conversation and it instantly becomes a “k”, a comma, an exclamation point, a hint of sarcasm, a pause in the conversation, or a sign that both parties ran out of things to say.

It’s funny that I’m blogging about this but really. I just need to acknowledge that yeah I have a love-hate relationship with that icon and I need to accept that there are people who just love to use it for whatever reason. May I have more tolerance for that shining shimmering thumbs up icon after this.

There are three types of people in my Facebook feed now: you have the Pokemon Go addicts who keep posting about their whereabouts and what type of Pokemon they caught there, you have people opposing the burial of Marcos at the Libingan ng mga Bayani, and then you have people who are so gung-ho on letting it happen for whatever reason.

If you’re thinking that this is one of those intellectual blogs loaded with highfalutin words carefully written to convince you to choose a side (pro or con) regarding the issue, I am so sorry to disappoint you. My intention for writing this blog is to help me understand myself in the hopes that by writing this entry, I’ll be able to free up some space in my ever thinking brain.

Yes, I think too much and I keep having random conversations with myself. Just like the ever reliable USB, my mental bank also reaches the “memory full” status and there are things I need to delete. Or unload. Or write.

The past days, I’ve been trying to process thoughts about my own sense of justice. See, I grew up with the mentality that if you do something wrong, you need to apologize. That if someone offends you or hurts you, that person should apologize too. However, as I grew up, I learned that there are people who won’t acknowledge their mistakes, won’t apologize, and will continue to live their lives as if nothing happened. If they do apologize, it won’t be sincere. It’ll just sound like one of those scripted hello’s that you say to someone who says hi to you. More of an obligation and not enough heart, I must say.

It still amazes me up to this day.

Unfortunately, encounters with these people awakened my sense of justice. It began to raise questions like… how dare this person enjoy his life despite him being a bad person? Or… how come she has the gall to do this and that after what she did to my friend? These thoughts can go on for days and believe me, I’ve tried to mentally switch roles and see things from the POV of the “bad person” and I only ended up with a migraine.

In a world where people can easily kill other people, I’ve struggled with keeping quiet and just lifting everything to the cosmos. Yes, I’ll admit that at some point I’ve thought of putting justice into my own hands and pointing the gun at someone but my conscience would always stop me. What good will it do anyway? It won’t contribute to the betterment of the economy, and nope, it won’t change anything. Well, fine, except for the instant “murderer” tag on that clean record.

I’ve been told that there is a power bigger than all of my problems combined and for the past years, I’ve relied on that Higher Being. Understanding that justice is not and never will be in my hands does drive me insane, especially since I’d get hit with a belt or a shoe back when my younger self had the guts to say that I have zero plans of saying sorry.

During one of my art sessions, I was told that God/the Universe (depends on your belief, really but I happen to believe in both) sees everything that we do. Good things, bad things, never go unnoticed and for some reason I’ve taken comfort in that. I’ve feared it as well for reasons I choose to keep to myself. My wise therapist also told me that at the end of the day, it’s not about asking someone to apologize because you’ll probably be lying on your death bed and that apology still won’t come. Instead, it’s about being the bigger person and freeing yourself from the burden of being affected by that person’s actions. What’s important is you forgive because you WANT to and not because society wants you to. Come on there are so many things that we do for society, isn’t it time that we finally do things for ourselves?

Forgiving someone who does not even know how to apologize is hard, I know. I’ve spent surf sessions, game nights, review sessions, movie sessions, etc. with a total douchejerk and believe me, he had the gall to look at me straight in the eye as if he didn’t do anything to hurt me. So yeah, to pretend things are fine is difficult and it’s a process that may or may not take forever. What I do know is that you can cut ties and shift your focus back to yourself.

Forgiving does not mean losing. Instead, it means winning and while the process is long and painful, it’s something that needs to be done if you want to live fully. You win by choosing you. No one else but you.

Yup. That’s it I guess. Ah, that feels great.

I do have nights like this and to think part of my brain was happily singing “Like A Virgin” while the other part was processing things. Amazing. Back to work!

Of funny conversations about curls, ants, and 420. Of playing against “the threat” but beating them because This Sh*t’s Good! Of yelling and getting yelled at. Of shaking hands while saying “good game” after almost an hour’s worth of wishing they won’t catch the ball. Of finally being introduced to your eye candy. Of winning two games when you’ve only fought one. Of sporting a new scar because you tripped yourself. Of going further north and back. Of hearing epic statements like “I made the rules!” Of having lunch with the team. Of skate sessions. Of going downhill. Of being nice even when it hurts. Of things being okay again, at least for a good number of minutes. Of being chased with a disinfectant because you’re too afraid to do it yourself. Of playing video games. Of remembering how things were before. Of questions still unanswered. Of dealing. Of still helping despite having your heart broken. Of surfing on concrete. Of sharing the stoke. Of being so close but still so far. Of hesitation. Of going with the flow. Of knowing you’ll play better once your scar’s healed. Of finding comfort in another person’s presence. Of realizing how much you miss someone. Of wondering what happened. Of happily munching on dirty ice cream. Of sitting on the sidewalk while watching skater boys and girls dance gracefully on boards in various shapes and sizes. Of laughing. Of healing. Of an epic Sunday evening.

These days we’re so busy with our lives that we fail to pay attention to the little things. We’re so caught up in getting to work on time, beating the red light, and submitting the requirements before the deadline that we neglect the things that really matter. I am guilty of this, that’s why this morning’s epiphany means so much to me.

No it’s not pathetic. I don’t think a lot of people appreciate receiving good morning texts. People think it’s corny, but to me, a good morning text means that I was thought of by that person right after waking up. I remember a very good friend who made it his personal mission to text me “good morning beautiful” every morning. Those three words never failed to make my day! We had to end it when he found himself a girlfriend to avoid issues. 😉

I don’t know if I’m making any sense. I guess all I’m saying is, I’m one of those people who really appreciate receiving morning and evening greetings. It’s one of those little things that make me happy because it means somewhere out there, someone took some time off his/her busy schedule to send me a greeting.

Dear Strong, there are two things I miss in this picture: you and my long hair.